Are you looking for something fun to do in Brooklyn or New York City to wrap up summer 2015 and get fall 2015 going with an entertaining time?  The Barclays Center in Brooklyn, NY has a huge variety of exciting events and concerts coming up!

Besides being home to the NBA’s Brooklyn Nets since 2012, Barclays Center is also now home to the NHL’s NY Islanders with preseason games starting Monday, September 21 against the Philadelphia Flyers.  WWE professional wrestling comes to town Friday, August 21 through Monday, August 24 with plenty of opportunities to see and meet your favorite wrestlers.  Between the WWE Superstar Meet & Greet, WWE SummerSlam Panel, WWE Presents NXT TakeOver: Brooklyn, WWE SummerSlam, and WWE Monday Night RAW, there is something every WWE fan can get excited about.  Upcoming music concerts at Barclays Center include Scorpions, Madonna, Ariana Grande, and The Legacy of Hope Concert in Support of The Nelson Mandela Children’s Hospital.

Here are the Barclays Center summer 2015 events and concerts: 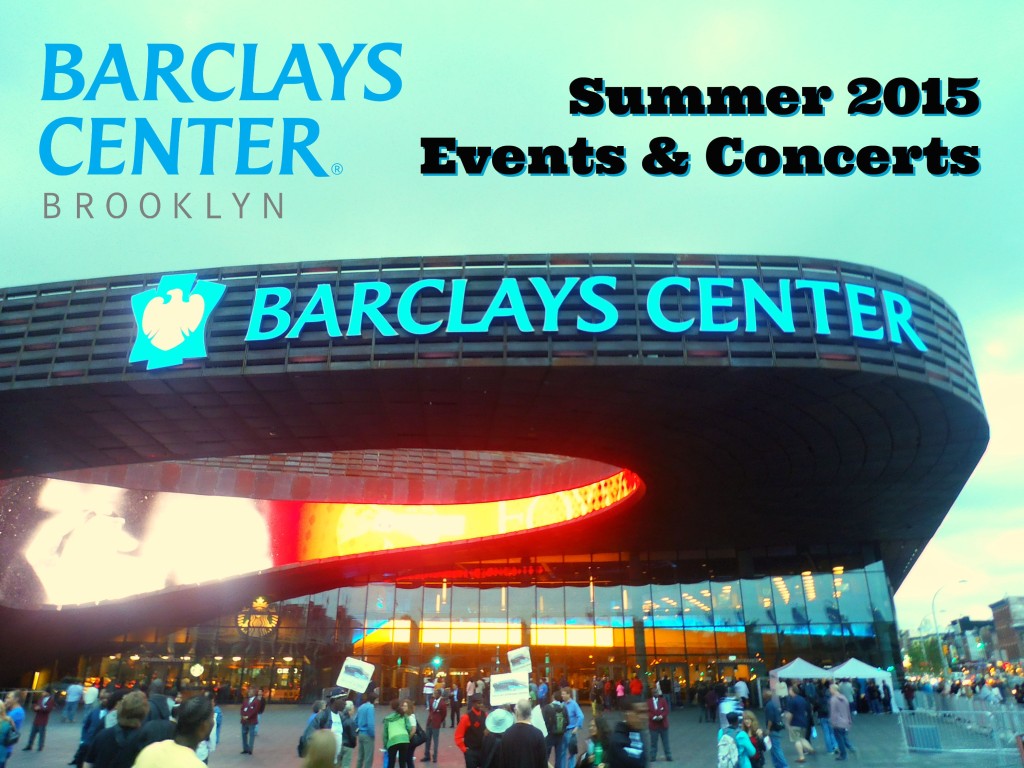 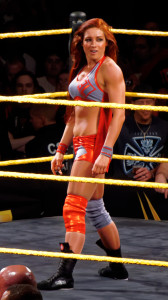 Who is your favorite NXT wrestler?  You get a chance to see them when Barclays Center hosts WWE Presents NXT TakeOver: Brooklyn for the first time ever!  Watch your favorite NXT Superstars in person as Finn Bálor, Kevin Owens, Samoa Joe, Tyler Breeze, Blake & Murphy with Alexa Bliss, The Vaudevillains, Sasha Banks, Bayley, Charlotte, Becky Lynch and many more take to the ring.  The WWE Presents NXT TakeOver: Brooklyn is the third event of the WWE SummerSlam weekend of events at Barclays Center. 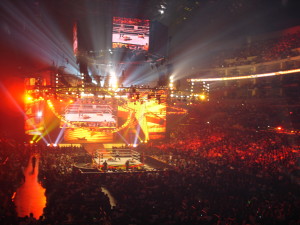 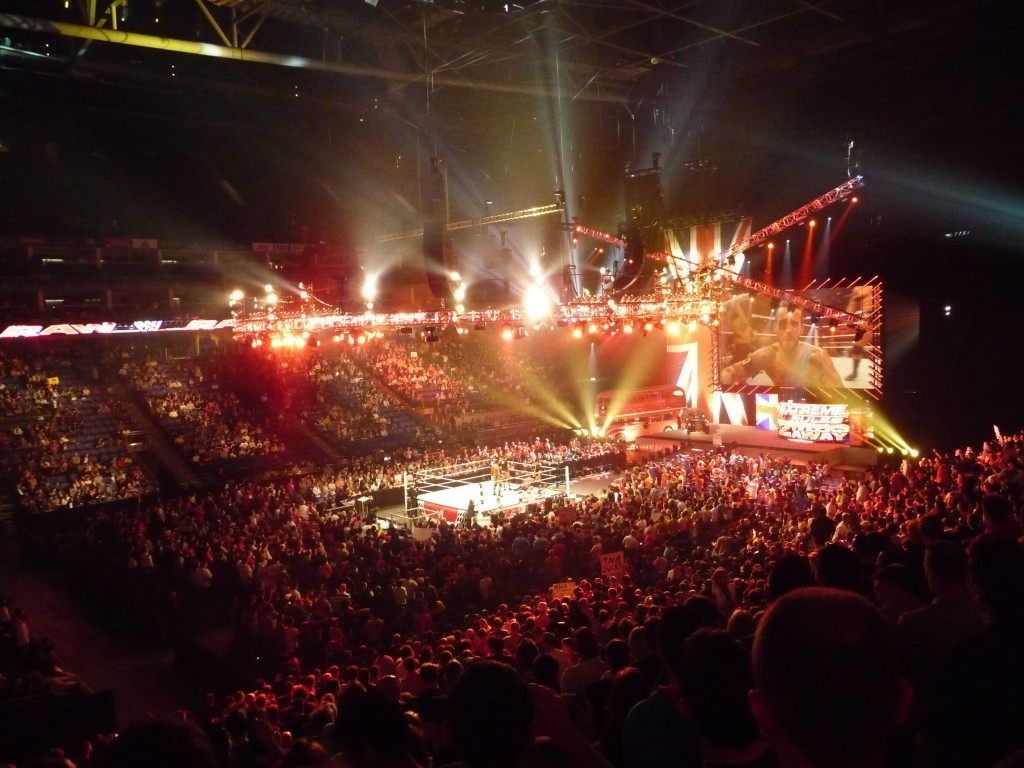 Barclays Center welcomes The Legacy of Hope Concert in Support of The Nelson Mandela Children’s Hospital on Wednesday, Aug 26.  Headliners for this concert for a cause include Robin Thicke, Common, Grammy Award winning violinist Miri Ben-Ari, and South African musical Legend Jonathan Butler.  Nelson Mandela Children’s Hospital in Johannesburg, South Africa is supported by the non-profit organization The Legacy of Hope Foundation.  The master of ceremonies for this event is Russell Peters.  Tickets for this event are available at ticketmaster.com, by calling 800-745-3000, or at the American Express Box Office at Barclays Center. 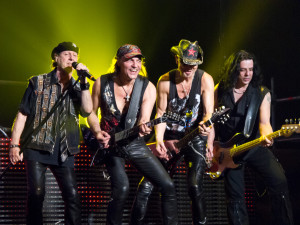 The Scorpions come to Barclays Center on their 50th Anniversary World Tour!  Rudolf Schenker founded The Scorpions in 1965 in Hannover, West Germany and they continue to be a band that attracts masses of fans.  The Scorpions have sold over 75 million recordings and are one of the world’s best-selling bands of all time!  Come out and hear the best tracks from their new album live including “We Built This House”, “House Of Cards” and “Eye Of The Storm”.  Queensrÿche will open the concert and get the crowd rocking.  Don’t miss the band MTV called “the ambassadors of rock” and Rolling Stone Magazine describes as “”the heroes of heavy metal” when The Scorpions come to Barclays Center.

Barclays Center welcomes Madonna on her ‘Rebel Heart’ Tour with special guest Amy Schumer.  The Queen of Pop is one of the most successful live performers of all time and has had amazing critical acclaim as an artist, songwriter and producer.  Her ‘Sticky & Sweet’ Tour in 2008-2009 was the highest grossing tour for a solo artist of all time.  Madonna is recognized as the best-selling female recording artist of all time by Guinness World Records and has sold over 300 million records.  Madonna performing live at Barclays Center is must-see entertainment! 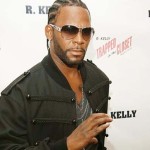 R. Kelly comes to Barclays Center for part of the third anniversary celebration.  The multiplatinum artist know as the King of R&B is sure to please with performances of his hits “I Believe I Can Fly”, “Bump N’ Grind”, “Gotham City”, “Ignition”, “Your Body’s Callin”, “When a Woman’s Fed Up” and many more.    Don’t miss seeing one of the most influential and successful R&B artists of all time when R. Kelly visits Barclays Center. 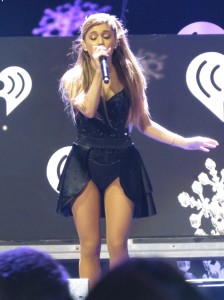 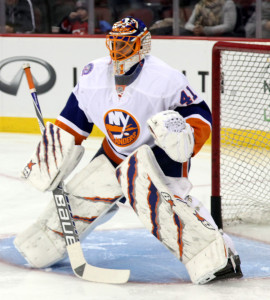 The New York Islanders of the NHL will call Barclays Center their home arena starting this year!  Before the home opener against the Stanley Cup Champion Chicago Blackhawks on October 9, the NY Islanders get the action started with three preseason games.  Group Discounts are available for groups of 10 or more by calling 844-ISLES-GP.  Come support the 2015-2016 NY Islanders at these NHL preseason games at Barclays Center: 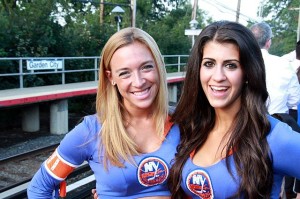 There are some great Barclays Center events and concerts to top off summer 2015 coming up.  Gotham Limousine is proud to provide safe, reliable, stylish, and on-time Barclays Center limousine service.  When you’re looking for an outstanding NYC limousine company that will get you to and from your hotel, airport, or destination in a luxurious limo, Mercedes, Escalade, or sprinter van, you have found the right place.  Our drivers are friendly and know New York City like the back of their hand.  Take the hassle out of planning transportation to your next Barclays Center concert or event with Gotham Limousine’s outstanding customer service.  Ask about our special events package for Barclays Center concerts to customize your ride.  Book your Barclays Center limo with secure online reservations at https://www.gothamlimo.com or call 212-729-7001.  Have an amazing experience and create memories that last a lifetime at your next Barclays Center concert or event!  For some other fun things to do in New York, check out our blogs Madison Square Garden 2015 Summer Concerts and Events and 17 Fun NYC Summer Events for 2015.