Have you ever been to “The World’s Most Famous Arena,” Madison Square Garden in New York, NY?  If so, we’re sure they were a memorable times.  If you have never been to MSG, there are opportunities to experience this landmark arena that are coming up right around the corner.  This summer 2015, Madison Square Garden has a huge variety of music concerts, events, tours, worship, and sports that is must-see entertainment!  Music concerts this summer include U2 iNNOCENCE + eXPERIENCE Tour, Marco Antonio Solis, J. Cole featuring Big Sean with special guests YG and Jeremih, Faith No More with special guest Refused, Chris Tomlin Presents Worship Night in America, Juanes with special guest Ximena Sariñana, and Billy Joel.  Esports take the stage at the League of Legends North America League Championship Series Summer Finals at Madison Square Garden.  MSG is also home to the women’s basketball team, the New York Liberty of the WNBA.  Here are the upcoming Madison Square Garden 2015 summer concerts and events:

The MSG All Access Tour gets you behind the scenes of “The World’s Most Famous Arena” like never before!  This tour lets you see VIP areas and experience the over 130 years of history at Madison Square Garden.  You will even get to go into the New York Knicks and New York Rangers locker rooms.  Group tickets are available for groups over 15 people.  Call 212-465-6080 or click MSG All Access Tour Groups.

U2 iNNOCENCE + eXPERIENCE Tour at MSG in New York

U2′s new 2015 iNNOCENCE + eXPERIENCE Tour will have the band travel to 19 cities around the world.  There will be multiple shows in each city including New York at Madison Square Garden.  U2 will perform eight shows at MSG between Saturday, July 18th and Friday, July 31st.  The iNNOCENCE + eXPERIENCE Tour follows the release of U2’s 13th studio album Songs Of Innocence.  “We are going to try to have a completely different feeling from night one to night two,” said Bono, “and have some fun playing with the idea of innocence and experience. More to be revealed!”  Seeing U2 playing at an indoor arena like MSG will make this a must-see show and a more intimate experience. 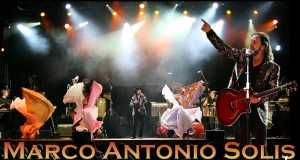 Marco Antonio Solis, Mexican singer-songwriter, has had 10 No. 1 hits and at least 24 Top 10 singles on Billboard’s Hot Latin Tracks chart!  Solis has been entertaining since the 1970s with Los Bukis (“The Youngsters”).  His solo career has rocketed his fame with 2013 album, Gracias Por Estar Aqui and being a judge on La Voz, the Mexican version of The Voice TV show.  Marco Antonio Solis has a huge following in Latin America and tours US arenas frequently.  With his mix of regional Mexican music, pop love songs, and contemporary romantic ballads, Solis is sure to put on an unforgettable concert at Madison Square Garden. 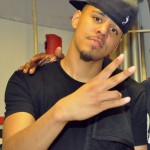 J. Cole’s 2014 Forest Hills Drive Tour arrives at Madison Square Garden August 4th 2015.  J. Cole is a Grammy nominated and platinum-selling rapper.  This show will also feature Big Sean with special guests YG and Jeremih.  The album  2014 Forest Hills Drive was the highest-selling hip hop album of 2014.  The name of the album is from the address of his childhood home in Fayetteville, North Carolina and moved young J. Cole into his life’s path in rap music.  Don’t miss J. Cole’s visit to Madison Square Garden!

Join host Chris Tomlin as he presents Worship Night in America live from Madison Square Garden.  The night will be filled with unforgettable music, worship, and unity with friends from all over the world rejoicing in the love that is Jesus!  Chris Tomlin is one of the most influential and well-known artists in contemporary Christian music with 12 No. 1 radio singles, a GRAMMY® Award, and 3 Billboard Music Awards.  Tomlin’s tenth album Love Ran Red is now available.  This show also will include Louie Giglio, Max Lucado, Matt Redman, Kari Jobe, Matt Maher, Reuben Morgan, and Rend Collective.  Experience Worship Night in America at MSG on Saturday, August 8th at 7:30PM!

Juanes critically-praised Loco De Amor Tour comes to Madison Square Garden this summer following his hit single “Juntos” (Together).  This show will also feature special guest Ximena Sariñana.  Don’t miss this opportunity to see Juanes live at MSG on Wednesday, August 19 7:30PM.  “[His show] confirms Juanes as the rare artist — in company with the likes of Bono, and Bruce Springsteen— with the power to inspire beyond the arena walls.”  – Los Angeles Times  Juanes – Juntos (Together) (From “McFarland, USA”/Official Video) 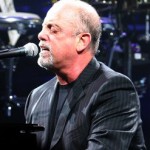 Billy Joel has sold more than 150 million records worldwide and is one of the best-selling artists of all time.  He has been nominated for 23 Grammy Awards and has had 33 of his songs hit the Top 40 hits in the United States.  Billy Joel was inducted to the Songwriters Hall of Fame (1992), the Rock and Roll Hall of Fame (1999), and the Long Island Music Hall of Fame (2006).  Billy Joel will perform live at Madison Square Garden on Thursday, August 20 at 8:00PM.  Come out to MSG and hear your favorite Billy Joel songs that span his career! 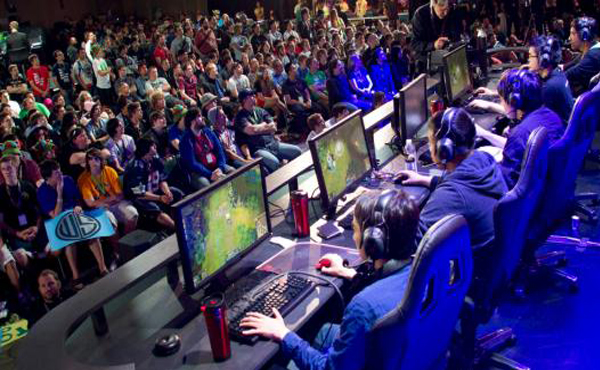 League of Legends (LoL) is a multi-player online game where players control a “Champion” with unique abilities and battle against other teams.  Over 27 million people play League of Legends every day and professional competitions are held all over the world.  Esports comes to Madison Square Garden as the League of Legends North America League Championship Series has the top four teams battle it out to determine who will be the crowed the best on the continent.  The winner will automatically be entered to the 2015 World Championship tournament.  For more about the League of Legends NA LCS Summer Finals, check out their website www.Lolesports.com. 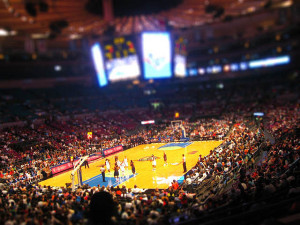 Madison Square Garden is home to the New York Liberty WBNA basketball team.  Come watch the best of the WNBA and see your favorite players like Swin Cash, Tina Charles, Tanisha Wright, Epiphanny Prince, Essence Carson, and the new rookies Kiah Stokes and Brittany Boyd.  Head Coach Bill Laimbeer and the NY Liberty are determined to improve and love the crowd’s energy at MSG.  For complete coverage of the New York Liberty, information on the team, ticket plans, and MSG, call 212-465-6766 or check out the New York Liberty Website.  Here are some upcoming NY Liberty home games at Madison Square Garden:

There are so many great Madison Square Garden 2015 summer concerts, events, and games right around the corner!  Gotham Limousine is proud to provide safe and reliable limousine service to and from Madison Square Garden.  Ride in comfort and luxury as your private limo driver makes sure you get to your hotel or destination safely.  Gotham Limousine is a great choice for your Madison Square Garden concert limo or event limo because of our knowledge of New York City, a top notch staff, and experienced limo drivers.  Ask about our special events package for MSG concerts to customize your ride.  Call 212-729-7001 or book online with secure reservations at https://www.gothamlimo.com  Have a great time at your Madison Square Garden concert or event this summer!  For some other ideas of things to to in New York this summer, check out our blog 17 Fun NYC Summer Events for 2015. 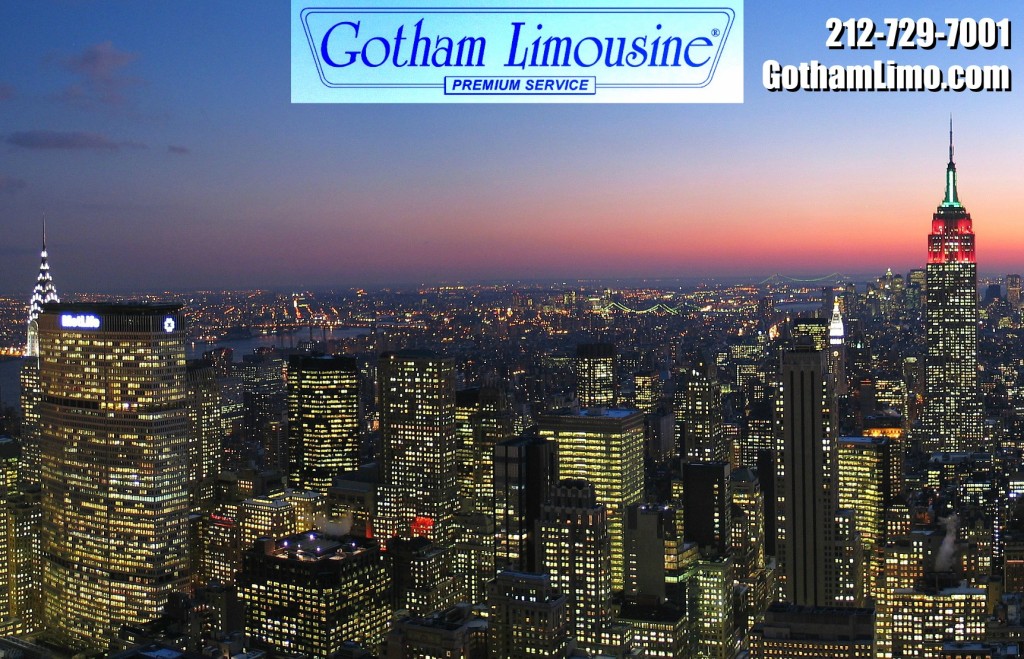