As the seasons change from fall into winter, the sports scene in New York heats up!  Whether you’re a fan of NFL football, NBA basketball or NHL hockey, there are plenty of teams to cheer for.  The 2015-2016 seasons are under way for the NFL, NHL, and NBA.  It’s a great time to get together with your friends and go see the New York Knicks, Brooklyn Nets, NY Jets, NY Giants, New York Rangers, and New York Islanders.  Tickets are now available for these New York sporting events.  Our NYC sporting event limousine service to Madison Square Garden, Melife Stadium, and Barclays Center will help create terrific memories and top off your great day!  When you know what game you’re going to see, make sure you arrive safely and in style with a New York sports limousine for the 2015-2016 season from Gotham Limousine.  Here is a closer look at your favorite New York sports teams, links, and schedule highlights: 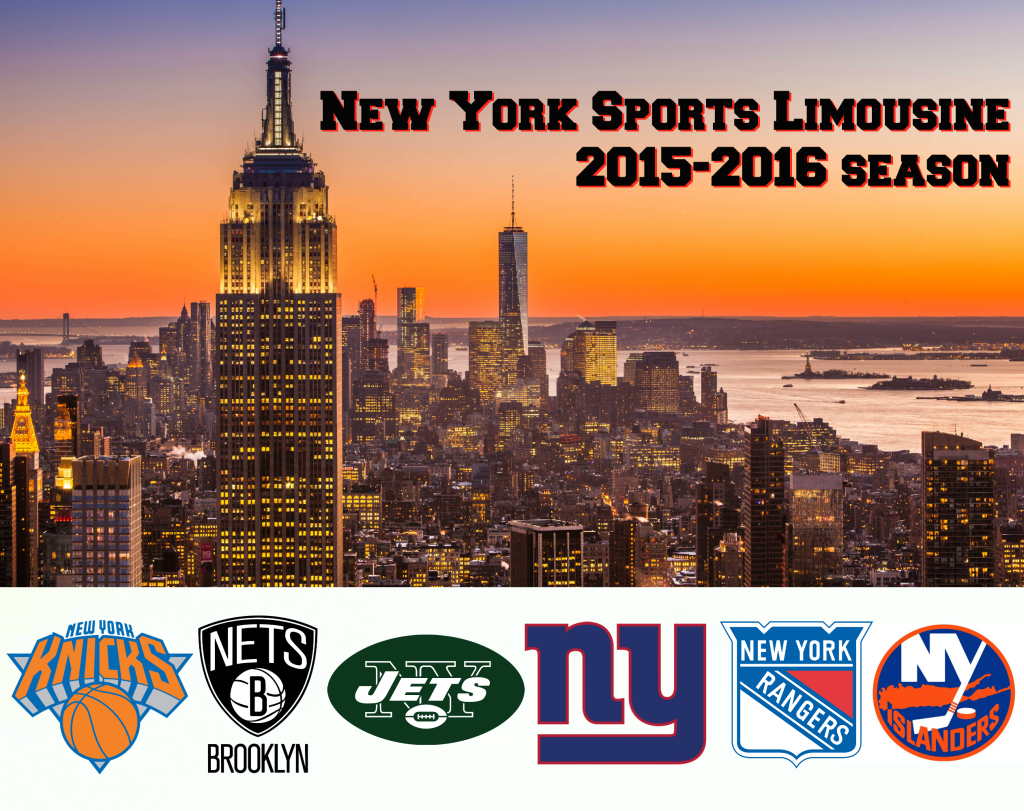 The NY Knicks opened their home games at Madison Square Garden on Thursday 10/29/2015 with a loss to the Atlanta Hawks.  Head coach Derek Fisher and team president Phil Jackson have reshaped the roster around all-star Carmelo Anthony and look to improve on their disappointing 17-65 record from last year.  New additions include guard Arron Afflalo, center Robin Lopez, forward Derrick Williams, and Queens native forward/center Kyle O’Quinn. The Knicks have started out 2-3 through 5 games and hope to make is back to the playoffs this year.  Check out the entire New York Knicks season schedule and reserve your NY Knicks limousine in advance for best availability.   Some season highlights include:

Sunday, November 8, 2015 vs LA Lakers – This could possibly be Kobe Bryant’s last game at MSG.

Friday, November 13, 2015 vs Cleveland Cavaliers – LeBron James and the Eastern Conference champion Cavs’ first visit to MSG in the 2015-2016 season.

Friday, December 4, 2015 vs Brooklyn Nets – The first game of the NYC rivalry between the Knicks and Nets.

Tuesday, January 26, 2016 vs Oklahoma City Thunder – Kevin Durant, Russell Westbrook, and the OKC Thunder take on the Knicks at The Garden.

Tuesday, February 2, 2016 vs Boston Celtics – This is one of the oldest rivalries in the NBA.

The Brooklyn Nets returned to Barclays Center in their home opener Wednesday 10/28/15 with a loss against the Chicago Bulls.  Joe Johnson, Brook Lopez, Jarrett Jack and the Nets look to build on their 38-44 season and return to the NBA playoffs with higher than the 8th seed.  After starting 0-5 through 5 games, the Nets are looking for answers.  View the entire Brooklyn Nets season schedule and reserve your Brooklyn Nets limousine in advance for best availability.   A few highlight matchups to look forward to this season include: 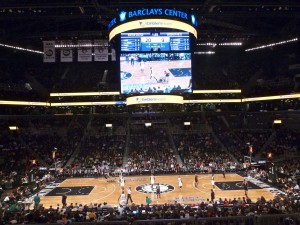 Friday, November 6, 2015 vs LA Lakers – This could possibly be Kobe Bryant’s last game at Barclays Center. 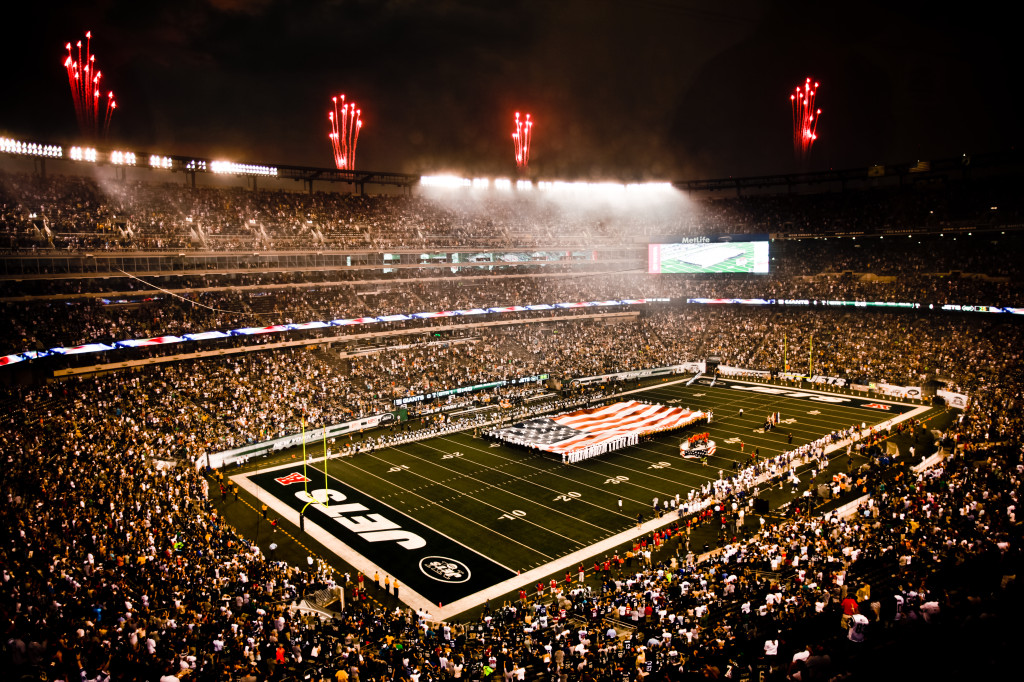 The NY Jets have started the 2015-2016 NFL season strongly at 4-3 through week 8.  Quarterback Ryan Fitzpatrick is finding wide receivers Brandon Marshall and Eric Decker consistently and Jets fans have a lot to cheer for!  Running Back Chris Ivory has had back-to-back 100-yard rushing games and balances the offensive attack.  On top of all that, the Jets defense is 3rd in the NFL with an amazing 307 yards allowed per game.  Tailgating in a NY Jets limousine at MetLife Stadium is quite an experience.  Gotham Limo is here to make sure you have a safe and fun time at your next New York Jets game.  Check the New York Jets season schedule and choose from the five remaining Jets home games at MetLife Stadium this season:

The NY Giants are 4-4 through week 8 and are now on top of the NFC East.  Veteran quarterback Eli Manning has wide receiver Odell Beckham Jr in his sights again this year.  The Giants defense has some catching up to do after ranking 32nd in yards allowed per game though week 8.  Getting out to a game and tailgating in your NY Giants limousine is going to be a great time with friends.  Gotham Limousine will make sure your party gets to the game and back to your destination safely and in style.  Check out the entire New York Giants schedule and choose from the five remaining Giants home games at MetLife Stadium this season:

The NY Rangers finished 53-22-7 and fell just short of playing for the Stanley Cup last year when they lost the NHL Eastern Conference championship to the Tampa Bay Lightning 3-4.  At the start of the 2015-2016 season, the Rangers find themselves at the top of the eastern conference again at 8-2-2 through 12 games.  Goalie Henrik Lundqvist has had a strong start with a 94% save percentage.  The Rangers point leaders include Derick Brassard, Mats Zuccarello, Oscar Lindberg, Kevin Hayes, Keith Yandle, Rick Nash, and J.T. Miller.  When you’re planning your next trip to Madison Square Garden for a NY Rangers game, think Gotham limousine and top off an amazing time with our New York Rangers limousine service.  Check out the entire New York Rangers season schedule and have an incredible hockey experience! 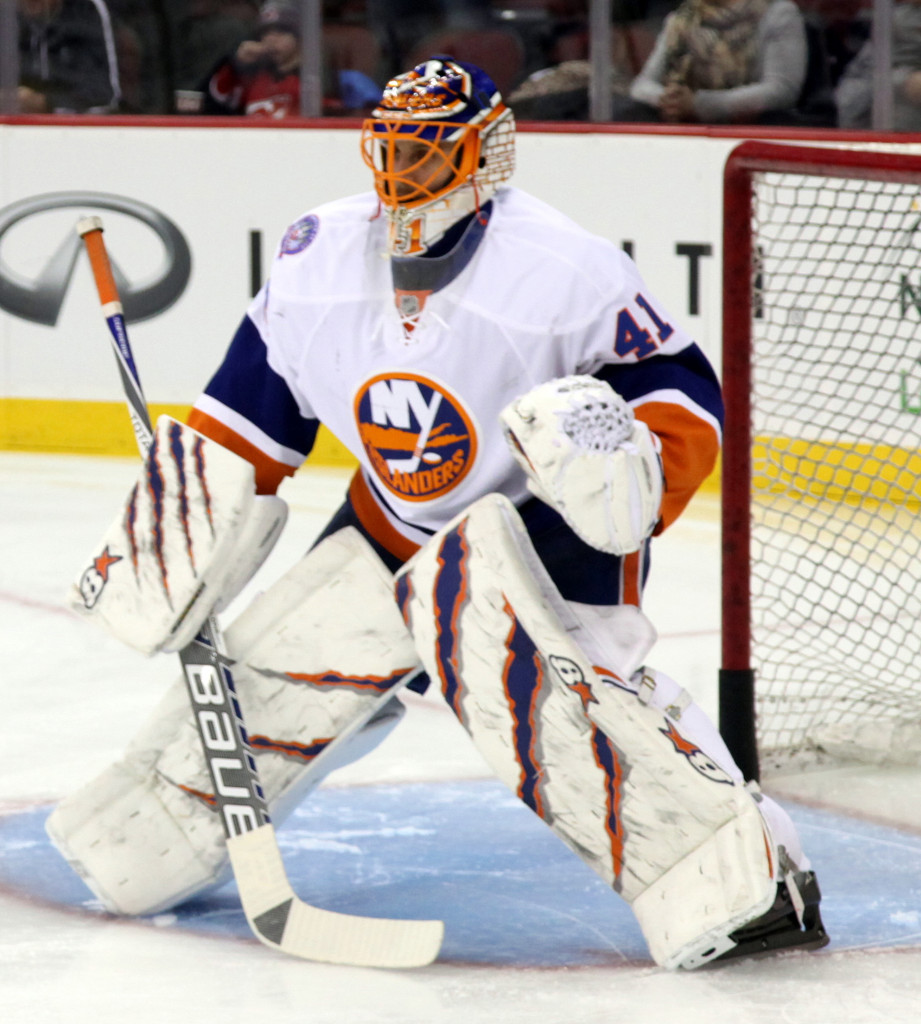 The NY Islanders made the NHL playoffs last year, but had an early exit with a first round series loss to the Washington Capitals.  As the 2015-2016 season gets underway, the Islanders have gotten off to a good start at 7-4-3 through 14 games.  Islanders’ goalie Thomas Greiss has started the season with a 92% save percentage.  The Islanders leaders in points include John Tavres, Kyle Okposo, Frans Nielsen, Nikolay Kulemin, and Anders Lee.  The next time you’re getting a group together for a trip to Barclays Center, make it even better with a New York Islanders limousine from Gotham limo!  Imagine pulling up to an Islanders game with friends in a Cadillac Escalade or Lincoln MKT stretch limo in black or white.  Check out the full New York Islanders season schedule and call ahead for best availability.

Whether you’re a fan of the Knicks, Nets, Jets, Giants, Rangers, or Islanders, we are here to provide an excellent New York sporting event limousine service.  Our drivers have extensive knowledge of New York City as well as the ins and outs of Madison Square Garden, Barclays Center, and MetLife Stadium.  Gotham Limousine can also get you to and from your NYC hotel, home, or the airport.  Call 212-729-7001 in advance or book secure online reservations here.  We hope to make your next NY sporting event unforgettable!